This talk was given at the start of a special service of Taize Prayer, to introduce Taize style worship to those who were unfamiliar with it.
Many of you will I am sure have probably heard about Taize before, or at least be familiar with some of the Taize Chants, which we use from time to time here at St Martin’s.
Taize has played a very big role within my life, both spiritually and personally, it was the place where Beata and I first met, when we were both 19.
This morning I wan to talk As we begin this service, I thought it would be helpful to talk a little bit about Taize, how it developed, and particularly how the unique style of Taize worship can help us to draw into the presence of God. Taize is a small village, approximately 60 miles north of Lyon, which sits perched on a hill side in the south of Burgundy, overlooking fields of vines and sunflowers. 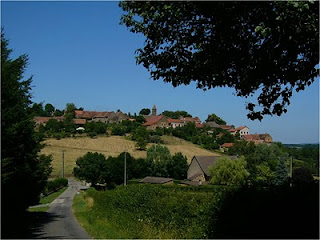 Although Taize is only a tiny village, it is home to an ecumenical Christian monastic community of over 100 brothers, representing over 30 different nationalities.  Each year, Taize is visited by tens of thousands of pilgrims from all around the world, the vast majority of whom are under the age of 30. 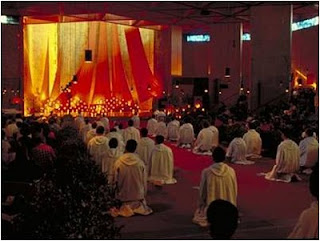 The Taizé Community was founded by Brother Roger in 1940. Brother Roger wanted to find a place where he could devote his life to prayer and living faithfully to God.  His journey took him from his home in Switzerland to the small desolate village of Taize, where in September 1940, he purchased a small house that would eventually become the home of the Taizé community. 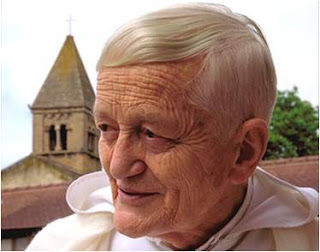 During the war Taize lay only a few miles south of the demarcation line that separated Nazi occupied France in the north and Vichy France in the south.  Brother Roger’s home became a sanctuary to countless war refugees seeking shelter. On November 11, 1942, the Gestapo occupied Roger’s house while he was in Switzerland collecting funds to aid in his refuge ministry, and so he was not able to return to Taize until the autumn of 1944, when France was liberated. 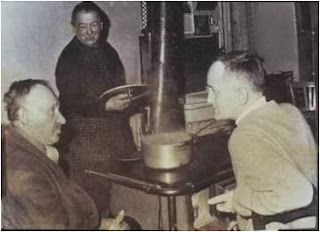 Following the end of the war, other men joined Brother Roger, and on Easter day 1949 seven brother committed themselves to a life following Christ in simplicity, celibacy and community.


In the years that followed, others joined the community, from different church denominations.  Since 1951 brothers from Taize have lived amongst some of the poorest people in the world, in places such as Calcutta, Bangladesh, the Philippines, Kenya and Brazil. 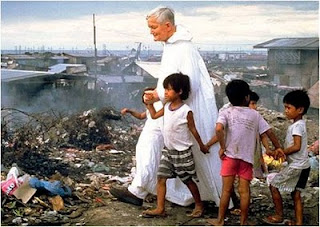 Engagement with youth culture
In the 1960s young people began to visit the Taizé community from around the world, to participate in the life of the community.  Three times a day, people gather in church for prayer. 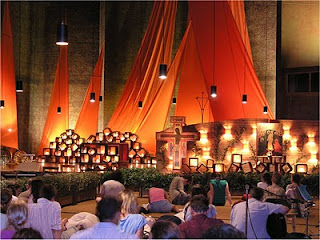 The village church of Taizé, which had been used for the community's prayers, became too small to accommodate the pilgrims.  So a new church, the Church of Reconciliation, was built in the early 1960s with the help of volunteers, and has been expanded several times in the subsequent decades.
With so many people visiting Taize from around the world, the question of what style of worship to adopt became very important.  Because in any given week there can be up to 40 nationalities present in Taize.  So the community started to use short songs, or chants, usually based on sentences from scripture, which are repeated again and again, which gives the music a very meditative character.  These songs are sung in many different languages, including Latin, because it is considered a neutral language – in other words it is no longer used by any one nation.   By using just a few words the chants  express a basic reality of faith, quickly grasped by the mind. As the words are sung over many times, this reality gradually penetrates the whole being, so the songs become prayers. Meditative singing thus becomes a way of listening to God.
Through these chants, little by little, our being finds an inner unity in God. They can continue in the silence of our hearts when we are at work, speaking with others or resting. In this way prayer and daily life are united. They allow us to keep on praying even when we are unaware of it, in the silence of our hearts.
Another feature of Taize worship is that silence is used a lot in the services.  I have always found it interesting to observe how at the start of a week in Taize, when people have just arrived, many struggle to be silent for up to 10 minutes.  You can sense that people are wrestles, but after a few days of being in Taize, people start to appreciate the silence, and enter into it more fully. 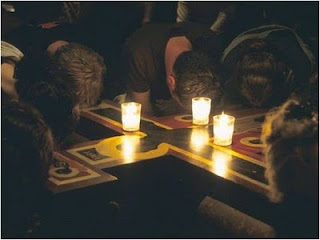 We live in a very noisy world, many of us spend our lives surrounded by noise, it is no wonder that we struggle to hear God, because we don’t make time to listen to him.  So deliberately setting aside time to be quiet, is a deliberate attempt to experience communion with God without words.  The aim of the silence is not to fill up that time with our own thoughts or prayers, but to learn to be still, in the presence of God.
Calming our souls requires a kind of simplicity: Silence means recognising that my worries can’t do much. Silence means leaving to God what is beyond my reach and capacity. A moment of silence, even very short, is like a holy stop, a sabbatical rest, a truce of worries.
Silence can make us ready for a new meeting with God. In silence, God’s word can reach the hidden corners of our hearts. In silence, we stop hiding before God, and the light of Christ can reach and heal and transform even what we are ashamed of.
In Psalm 46 God says, “Be still, and know that I am God.” The command “be still” means to “let go, surrender”, and so as we worship God this morning, that is what I invite you to do.  Let go of your worries and anxieties, let go of all that may be troubling you, and surrender yourselves to God.  We let go so that we may know that he is the one who is in ultimate control.  We give up trusting in ourselves in order to experience the glory of God’s all sufficiency, and his love for us.
So this morning, whether you are familiar with this style of worship or not, allow yourself to enter into the stillness and quiet.  As you sing the words of the chants, allow those words to speak to you, and become a prayer that speaks to your very soul.
This for me is the beauty of Taize worship, to learn to be still, and to enter more fully into the presence of God.
Posted by Unknown at 16:17 No comments:

January the most depressing month of the year!


January is considered to be the most depressing month of the year, with Monday 24th January 2011 apparently being the most depressing day of the year according to researchers. It is not surprising, after the fun and excitement of Christmas and the New Year we come back to earth with a bump. The weather is bad, the nights are still long, there are credit card bills to be paid, and if you are anything like me, the New Year's resolutions have failed.

It is not uncommon for people to feel low, anxious or depressed at this time of the year. This should not come as a surprise, as according to the Royal College of Psychiatrists depression affects one in five people at some point in their lives.

If you know someone who is struggling with depression, anxiety, low self esteem, or any other mental health issue, the most important thing you can do is to be there for them, helping and supporting them by providing a non judgemental listening ear.

If you are someone who is going through a difficult time at the moment, here are some tips which I hope will prove helpful.

Finally – remember that you are not alone! Paul in his letter to the Christians in Rome wrote: "For I am convinced that neither death nor life, neither angels nor demons, neither the present nor the future, nor any powers, neither height nor depth, nor anything else in all creation, will be able to separate us from the love of God that is in Christ Jesus our Lord." (Romans 8:38-39).