Why Bother With The Old Testament? 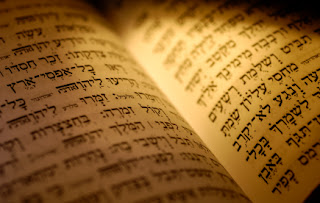 A lot of this sermon is based on Nicky Gumble's 'How To Understand The Old Testament' from the Jesus Lifestyle Series, click HERE to listen to Nick's talks from this series

I hope that as a result of today’s talk, I will have encouraged you to be excited about the Old Testament, and want to start reading it regularly.

You may ask the question, why do we need to read the Old Testament at all?  Why not just stick with the New Testament?

The problem with the OT

This to some people may seem an appealing idea, particularly as we have to admit that there are parts of the OT which are confusing, difficult, hard to understand.  Did Noah really live to 950?  Did God really destroy the world by sending a giant flood?  What about all the wars?  Isn’t the God of the OT a scary, judgmental, angry God?

Many modern atheists are scathing about the God of the OT.  Richard Dawkins writes ‘The God of the OT is arguably the most unpleasant character in all fiction.’

So why don’t we just cut out the OT?  This was something Marcion did in the 2nd Century when he rejected the OT in its entirety, because he believed the God of the OT was wrathful and vengeful, and could not therefore have anything to do with the loving and all forgiving God of the NT.  But he found that if you rejected the OT, you also had to reject a lot of the NT as well.  He rejected all the apostles, except Paul.   He kept 10 of Paul’s letters, but he had them radically cut down to remove all OT references.  He also rejected all the Gospels expect for Luke, which again he cut down.

One of the consequences of Marcion’s proposed canon was that it helped to push the early church to develop its own authoritative list of inspired writings, which ultimately led to the formation of the canon of the New Testament as we have it today.

So why should we bother with the OT?

If we got rid of the OT, or didn’t bother with it, we would be losing some of the greatest and most exiting literature in the world.  For example the creation story, the story of Adam and Eve, Abraham, Joseph, Moses, Ruth, Samson, David, Daniel and Jonah to name just a few. Some of the most beautiful poetry in the world is contained in the Psalms, and the Song of Songs, and we have some of the greatest wisdom of the world in the book of Proverbs.  And then there is the teaching of the OT prophets such as Isaiah, Jeremiah, Elijah, Elisha, and Hosea to name just a few.

Also in the OT we find some of the most beautiful and wonderful descriptions of God and his love for us found anywhere in the Bible.  ‘For as high as the heavens are above the earth, so great is his love for those who fear him;  as far as the east is from the west, so far has he removed our transgressions from us.’ (Ps 103:11-12)

But the OT is much more than just great literature, it is divinely inspired.

In 2 Timothy 3:16 Paul writes ‘All Scripture is God-breathed and is useful for teaching, rebuking, correcting and training in righteousness’.  When we read this quote, when tend to think that Paul was writing about the Bible as we have it today, but remember that Paul wrote this letter in 66 or 67AD, whilst imprisoned in Rome, before many of the books of the New Testament were written and long before they were brought together.  It is worth noting that the Synoptic Gospels, Matthew, Mark and Luke are believed to have been written between AD 50 and AD70, and the Gospel of John was composed in the 80s or 90s, some considerable time after Paul wrote 2 Timothy.

Therefore when Paul talks about all Scripture being God breathed, he is in fact referring to the OT.  Therefore we see that the OT is an important tool for teaching us about God.What we see as we read the OT, is God’s love and concern for humanity, and how God often uses deeply flawed, weak, ordinary people to achieve his mighty purposes.  People like Samson, a very controversial character, who would have benefited from attending an anger management course, and relationship counselling, and yet we are told the spirit of God was on him.  Or David, who is described in 1 Samuel 13:14 as a man after God’s own heart, and yet seduced and made another man’s wife pregnant, and then to cover the pregnancy arranged for this man to be killed in battle.  Or Moses, who despite having killed a man, and then fled into the desert, is called by God to lead the people of Israel out of slavery in Egypt.

The OT has much to teach us and challenge us.  We see in it what happens when God’s people walk in faithful obedience to God’s will, and what happens when they forsake God.  But above all, we see God’s heart for his people.  How, despite the fact that they reject God again and again, God never gives up on his people.  His love remains steadfast.

The OT has a tremendous amount to teach us about God, and our relationship with him.

For me one of the strongest arguments about why we should read the OT, is because it is the Bible that Jesus himself read, loved and used.   And in Jesus’ preaching and teaching, he refers to the OT again and again.  To understand the teachings of Jesus, you need to have some understanding of the Old Testament.

For example, when Jesus was in the wilderness being tempted by Satan he responds by quoting from the Book of Deuteronomy.  Three times Jesus responds to Satan’s temptations by saying “It is written…” (Matthew 4)

If Jesus felt it was important to know the OT, then it is also important for us to know it. Jesus the fulfilment of OT prophecy

The OT looked forward to the coming of the Messiah, who would bring salvation to the world.  For example 700 years before Christ was born, Isaiah 53 talked about suffering servant, a man of sorrows, despised and rejected by men, who was ‘pierced for our transgressions, he was crushed for our iniquities; the punishment that brought us peace was upon him, and by his wounds we are healed.’ (Isaiah 53:5)  Here is a prophecy about how Jesus would die on the cross for us.

There are over 300 references to the coming Messiah in Old Testament that were fulfilled by Jesus, including twenty-nine major prophecies fulfilled in a single day – the day he died.
Jesus is the one who was prophesied about in the OT, he is the fulfilment of Scripture.  That is why he said ‘You study the Scriptures diligently [the OT] because you think that in them you have eternal life. These are the very Scriptures that testify about me.’  (John 5:39)  And when the risen Jesus met the two disciples on the Emmaus road ‘ beginning with Moses and all the Prophets, he explained to them what was said in all the Scriptures concerning himself.’ (Luke 24:27)

How do we read the OT

This leads me onto the question, how do we read the OT.  Many years ago I attempted to read the OT from start to finish, I sailed through Genesis, Exodus, but then things got a lot harder when I hit Leviticus, and the instructions about grain offerings, and burnt offerings, and cleansing from infectious skin diseases.

But the main key to understanding the OT, is to know Jesus, because it is through the lens of Jesus that we read the OT.

Jesus fulfils God’s story, history is HIS story.  Right from the beginning of the OT you see Jesus’ identity and mission begin to be revealed through the characters and teaching of the OT.  For example, right at the beginning of the Bible we see how in the Garden of Eden, the first Adam disobeyed God, and chaos followed.  And how in the NT, Jesus, who is described as the second Adam, obeyed God, and made it possible for chaos to be restored.

And when Abraham took his son Isaac to be offered as a sacrifice, here we have a picture of a God who is willing to give up everything that was most important to him, for you and for me, and it foreshadows Jesus’ own death on the cross.

In Exodus we see a God who wants to set us free from slavery, and how the Israelite’s were saved by the blood of the lamb, again foreshadowing Jesus, the Lamb of God, through whom we are saved by the shedding of his blood.

The deeper you go into understanding the OT, the closer you come to the heart of Jesus.Reading the OT without Jesus, is like going into a room with a light out.  With the light out, you can feel your way around, and say this feels like a sofa, this feels like a picture, but with the light on you can see a sofa, you can see a picture, and much more as well.  Jesus switches the light on, to give us understanding of what is in the OT.

This is why it is so important that we do not neglect the OT.

So going back to my original question, why should we bother with the OT?
If you are someone who struggles with the OT, I hope that today I have inspired you to start reading the OT, and discovering the richness that can be found in it, and during the course of this year, we will spending time studying many of the great stories contained within the OT, starting next week with the book of Jonah.
Posted by Unknown at 16:20 No comments: