October marks Black History Month, celebrating the contribution black and minority ethnic individuals and communities have made to society.

For me one of the most inspiring people from recent American history is Rosa Parks.  Rosa Parks was born into a black family on the 4th February 1913 in Tuskegee, Alabama.  Segregation was in force in Alabama and many other southern US states, with separate schools, hotels, bars, hospitals, libraries, cinemas and restaurants, for blacks and whites.  Segregation was also in force on public transport.  The law stated that if all the seats on the bus were taken, then a black person had to give up their seat to a white passenger.

On the 1st December 1955, Rosa Parks challenged this law, by refusing to give up her seat to a white man when ordered to do so.  She was subsequently arrested, and fined $14.  This simple act of non-violent defiance changed American history.

Inspired by her actions, civil rights activists, including Martin Luther King Jr started the Montgomery Bus Boycott, which lasted 13 months, and only ended when the U.S. Supreme Court ruled that the segregation laws on Alabama’s buses were not legal.

Rosa Parks was a devout Christian, and it was her faith that motivated her to take the stand she did.  In her book ‘Quiet Strength’ she writes ‘Since I have always been a strong believer in God, I knew that He was with me, and only He could get me through that next step.’  When she refused to give up her seat, she didn’t realise the impact her actions would have, but as she later said, “You must never be fearful about what you are doing when it is right.”  Rosa Parks dedicated the rest of her life to the civil rights movement, and passed away on the 24th October 2005, aged 92.

Rosa Parks teaches us that even small actions can make a big difference, and that we must never tire of doing what is right, even if that comes at personal cost.  What are the things that you are willing to take a stand for today?
Posted by Unknown at 01:00 No comments:

Today very few of us grow our own food.  If we need food we pop to the supermarket, where there is always plenty on offer.

But it’s important to recognise and be grateful for the things we do have.  To rejoice and give thanks always to God, for the blessings we have in our lives. 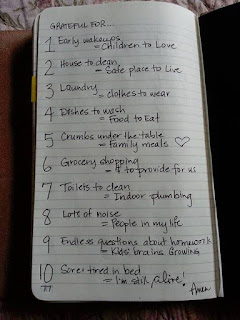 What things are you grateful for? Share with your neighbour

I’ve talked about harvest and the importance of gratitude.  But harvest is not just about being grateful, it is also about our responsibility to others, as this reading from the OT highlights…

In this reading God tells his people that when they are gathering in the harvest they shouldn’t take everything for themselves, but leave some of the harvest for the foreigner, fatherless and widow – in other words the poor, the disadvantaged, the stranger, those people in need.

Harvest is not just about thanking God for the good gifts we enjoy, it is also about remembering our responsibility to those less fortunate than we are.  We know that there are many people in in our local community who need our help, such as the homeless and disadvantaged, and those who because of poverty have to rely on food banks to feed themselves.  God calls us to love them, and care for them, and to share the resources he has given us, with them.

That is why as a church one of the charities we support, both practically and financially is The Glebe Centre, which supports some of the poorest and most disadvantaged people in Walsall.  Earlier this year The Glebe Centre celebrated it’s 40th anniversary, this short video gives a brief insight into what difference The Glebe Centre is making.

God calls us not only to care for the people close at home, but to care for people around the world, many of whom live in extreme poverty.  Which is also why as a church we also support charities like Christian Aid and Tearfund, that help some of the poorest people in the world.

So this harvest, we remember the importance of showing gratitude for the blessings God has given to us, and we remember our responsibility to share these blessings with those less fortunate than we are.  Whether they be close to home, or far away, and whether they be the orphan, the widow or the stranger, we are to love them and care for them as if they were Jesus himself.
Posted by Unknown at 21:05 No comments:

What is a Christian?