Talk to celebrate the Queen's 90th birthday, a lot of the talk was taken from Mark Green's article in 'Christianity'

If you could have anything you wanted – what would you ask for?

When King Solomon succeeded his father David, God said “Ask for whatever you want me to give you.”

Solomon could have asked for absolutely anything, power, money, fame, victory over his enemies, anything at all, but what does he ask for?

“Give me wisdom and knowledge, that I may lead this people.”

He didn’t seek personal gain, but put the needs of his people first. He realised that the ability to make wise decisions in the service of the people of Israel, was the most valuable asset he could have as King. In the book of Proverbs, composed by King Solomon he says ‘Wisdom is more valuable than precious jewels; nothing else compares with it.’ (Prov 3:15)

The Bible teaches that wisdom ultimately comes from God –  ‘If any of you need wisdom, you should ask God, and it will be given to you.’ (James 1:5)

Today we are celebrating the life and reign of Queen Elizabeth II.  Like Solomon, Queen Elizabeth has demonstrated great wisdom throughout her many years of service to the people of this country and the Commonwealth, and has dedicated her life to serving others.

On her 21st birthday in 1947 Princess Elizabeth made a radio broadcast from Cape Town in South Africa: 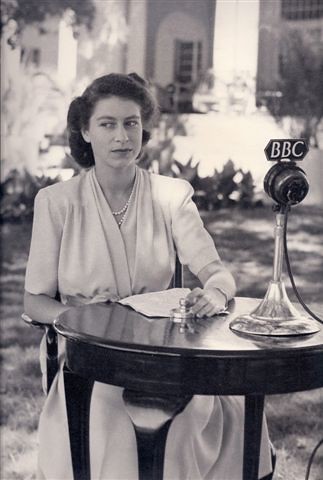 I declare before you all that my whole life, whether it be long or short, shall be devoted to your service and the service of our great Imperial country to which we all belong…God help me to make good my vow and God bless all of you who are willing to share it.

Over the years she has been faithful in fulfilling this vow. As this video illustrates:

Just as faith in God was at the centre of Solomon’s life, so it is also at the heart of Queen Elizabeth’s life. As one royal biographer put it, ‘Two things stand out – the Queen’s constant sense of duty and her devotion to God.’

The Queen has been the adviser and confidante to twelve British Prime Ministers, and knows personally many world leaders, but always demonstrates great discretion, she is careful to keep her own personal views private. But when it comes to her belief in Christ and his impact on her life she is uncharacteristically open, describing Jesus as ‘an inspiration’, a ‘role model’ and ‘an anchor’ in her life.

For me, the teachings of Christ and my own personal accountability before God provide a framework in which I try to live my life.

In her Christmas speech in 2002 Queen Elizabeth said:

I know just how much I rely on my faith to guide me through the good times and the bad. Each day is a new beginning. I know that the only way to live my life is to try to do what is right, to take the long view, to give of my best in all that the day brings, and to put my trust in God… I draw strength from the message of hope in the Christian gospel.

Sacrifice is at the heart of the Christian gospel – Jesus giving his life for ours, and in response we are called to take up our cross daily to follow him.
But sacrifice is also intertwined with service. We no longer live for ourselves but for God and others. And this helps us to understand the Queen’s own understanding of service.
At her Coronation on the 2nd June 1953, there was one important part of the ceremony that wasn’t televised, because it was considered too sacred to show. As Handel’s anthem Zakok the Priest’ was sung, the symbols of the Queen’s status were removed, her velvet robe, the diamond diadem, the coronation necklace, and wearing a simple white dress the Archbishop anointed her with holy oil over her hands, chest and head, to show that she was being set apart to serve and love her people in all her actions, with all her heart and with all her mind. The Royal biographer William Shawcross wrote that it was the moment of anointing with oil, which was of supreme importance for the Queen, indeed it was the most solemn and important moment of her entire life.
In this ceremony it was a reminder of Christ, who was also set apart not to be served but to serve.  This was something that the Queen reflected on in her 2012 Christmas address, when she said

This is the time of the year when we remember that God sent his only Son “to serve, not to be served”. He restored love and service to the centre of our lives in the person of Jesus Christ.

And for Queen Elizabeth II her life has been one of unstinting service, to the people of this nation, the commonwealth, and God.
She may be our Queen, but our Elizabeth knows that she serves an even greater King, whose name is Jesus.
St Paul said “Follow my example, as I follow the example of Christ.” (1 Cor 11:1). We could do well to follow the example of the Queen, who throughout her life has demonstrated what it means to be a whole-life disciple of Christ, through her consistency of character, a commitment to service, a concern for others and a clear dependence on Christ.

As we celebrate her life, lets pray that our nation see her for the godly woman she is; see Christ in her; learn from her and come to know the Christ she points to and honours in all she does. Amen.
Posted by Unknown at 15:08 No comments: