I had the opportunity to visit the Cameron Highlands with members of St Peter's Church in Ipoh.  On the way to the highlands we visited two Orang Asli villages. 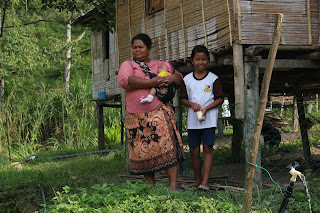 The traditional Orang Asli houses have a very distinctive design, they are raised up on stilts.  There are several reasons for this design, firstly it is practical, it helps keep the houses cool in the heat and humidity of Malaysia.  But the other reason the houses are raised up, is because the Orang Asli are animists.  They believe that spirits inhabit the trees, plants and animals, and that these spirits move about on the ground.  So this is one of the other reasons why the houses are raised up on stilts. 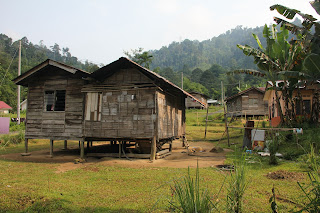 Many of these villagers gather their food from the surrounding jungle, and hunt monkey's for meat.  They also sell some of this produce to the passing motorists making their way up to the Cameron Highlands - a popular tourist destination in Malaysia.

One enterprising family however have created a fish pond, and also keep goats, to help supplement the families diet and income. 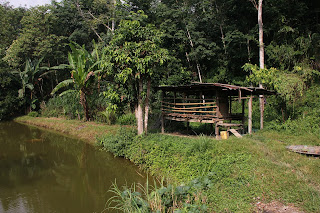 Fish pond, with goat pen in the background 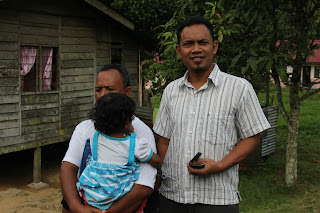 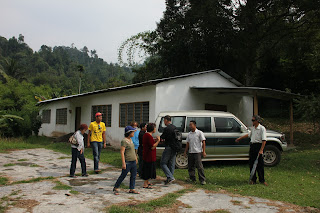 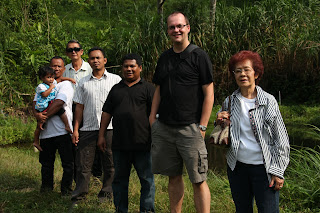 Myself, with members of St Peter's Church and Pastor Lizune visiting the Orang Asli village

The church is very actively engaged in reaching out to the Orang Asli, conducting services and Bible studies, etc.  Because the Orang Asli worship spirits, a very important aspect of the churches ministry amongst them is in deliverance ministry. 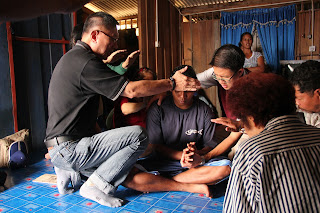 In one of the other Organ Asli villages we visited, we were asked to pray for one man who had been hearing voices.

In this house up to a dozen people gather each Friday for prayer, worship and Bible study. 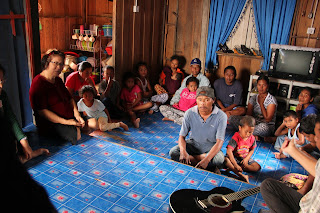 Gathering for a time of worship
Posted by Unknown at 09:50