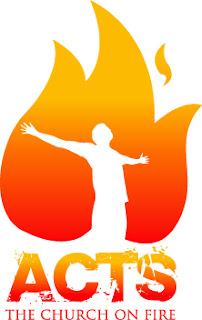 One day Peter and John were going up to the temple at the hour of prayer, at three o’clock in the afternoon. And a man lame from birth was being carried in. People would lay him daily at the gate of the temple called the Beautiful Gate so that he could ask for alms from those entering the temple. When he saw Peter and John about to go into the temple, he asked them for alms. Peter looked intently at him, as did John, and said, ‘Look at us.’ And he fixed his attention on them, expecting to receive something from them. But Peter said, ‘I have no silver or gold, but what I have I give you; in the name of Jesus Christ of Nazareth, stand up and walk.’ And he took him by the right hand and raised him up; and immediately his feet and ankles were made strong.Jumping up, he stood and began to walk, and he entered the temple with them, walking and leaping and praising God. All the people saw him walking and praising God, and they recognized him as the one who used to sit and ask for alms at the Beautiful Gate of the temple; and they were filled with wonder and amazement at what had happened to him.

While he clung to Peter and John, all the people ran together to them in the portico called Solomon’s Portico, utterly astonished. When Peter saw it, he addressed the people, ‘You Israelites, why do you wonder at this, or why do you stare at us, as though by our own power or piety we had made him walk? The God of Abraham, the God of Isaac, and the God of Jacob, the God of our ancestors has glorified his servant Jesus, whom you handed over and rejected in the presence of Pilate, though he had decided to release him. But you rejected the Holy and Righteous One and asked to have a murderer given to you, and you killed the Author of life, whom God raised from the dead. To this we are witnesses. And by faith in his name, his name itself has made this man strong, whom you see and know; and the faith that is through Jesushas given him this perfect health in the presence of all of you.

‘And now, friends, I know that you acted in ignorance, as did also your rulers. In this way God fulfilled what he had foretold through all the prophets, that his Messiah would suffer. Repent therefore, and turn to God so that your sins may be wiped out, so that times of refreshing may come from the presence of the Lord, and that he may send the Messiah appointed for you, that is, Jesus, who must remain in heaven until the time of universal restoration that God announced long ago through his holy prophets. Moses said, “The Lord your God will raise up for you from your own people a prophet like me. You must listen to whatever he tells you. And it will be that everyone who does not listen to that prophet will be utterly rooted out from the people.” And all the prophets, as many as have spoken, from Samuel and those after him, also predicted these days. You are the descendants of the prophets and of the covenant that God gave to your ancestors, saying to Abraham, “And in your descendants all the families of the earth shall be blessed.”When God raised up his servant, he sent him first to you, to bless you by turning each of you from your wicked ways.’
While Peter and John were speaking to the people, the priests, the captain of the temple, and the Sadducees came to them, much annoyed because they were teaching the people and proclaiming that in Jesus there is the resurrection of the dead. So they arrested them and put them in custody until the next day, for it was already evening. But many of those who heard the word believed; and they numbered about five thousand.

The next day their rulers, elders, and scribes assembled in Jerusalem,with Annas the high priest, Caiaphas, John, and Alexander, and all who were of the high-priestly family. When they had made the prisoners stand in their midst, they inquired, ‘By what power or by what name did you do this?’ Then Peter, filled with the Holy Spirit, said to them, ‘Rulers of the people and elders, if we are questioned today because of a good deed done to someone who was sick and are asked how this man has been healed, let it be known to all of you, and to all the people of Israel, that this man is standing before you in good health by the name of Jesus Christ of Nazareth, whom you crucified, whom God raised from the dead. This Jesus is“the stone that was rejected by you, the builders;
it has become the cornerstone.” There is salvation in no one else, for there is no other name under heaven given among mortals by which we must be saved.’

Now when they saw the boldness of Peter and John and realized that they were uneducated and ordinary men, they were amazed and recognized them as companions of Jesus. When they saw the man who had been cured standing beside them, they had nothing to say in opposition. So they ordered them to leave the council while they discussed the matter with one another. They said, ‘What will we do with them? For it is obvious to all who live in Jerusalem that a notable sign has been done through them; we cannot deny it. But to keep it from spreading further among the people, let us warn them to speak no more to anyone in this name.’ So they called them and ordered them not to speak or teach at all in the name of Jesus. But Peter and John answered them, ‘Whether it is right in God’s sight to listen to you rather than to God, you must judge; for we cannot keep from speaking about what we have seen and heard.’ After threatening them again, they let them go, finding no way to punish them because of the people, for all of them praised God for what had happened. For the man on whom this sign of healing had been performed was more than forty years old.

After they were released, they went to their friends and reported what the chief priests and the elders had said to them. When they heard it, they raised their voices together to God and said, ‘Sovereign Lord, who made the heaven and the earth, the sea, and everything in them, it is you who said by the Holy Spirit through our ancestor David, your servant:“Why did the Gentiles rage,
and the peoples imagine vain things? The kings of the earth took their stand,
and the rulers have gathered together
against the Lord and against his Messiah.” For in this city, in fact, both Herod and Pontius Pilate, with the Gentiles and the peoples of Israel, gathered together against your holy servant Jesus, whom you anointed, to do whatever your hand and your plan had predestined to take place. And now, Lord, look at their threats, and grant to your servants to speak your word with all boldness, while you stretch out your hand to heal, and signs and wonders are performed through the name of your holy servant Jesus.’ When they had prayed, the place in which they were gathered together was shaken; and they were all filled with the Holy Spirit and spoke the word of God with boldness.

Now the whole group of those who believed were of one heart and soul, and no one claimed private ownership of any possessions, but everything they owned was held in common. With great power the apostles gave their testimony to the resurrection of the Lord Jesus, and great grace was upon them all. There was not a needy person among them, for as many as owned lands or houses sold them and brought the proceeds of what was sold. They laid it at the apostles’ feet, and it was distributed to each as any had need. There was a Levite, a native of Cyprus, Joseph, to whom the apostles gave the name Barnabas (which means ‘son of encouragement’). He sold a field that belonged to him, then brought the money, and laid it at the apostles’ feet.

KEY THOUGHT
Unity in the Church is a powerful witness to Jesus.

OVERVIEW
Some think that the most unique thing about the early church was their approach to money and possessions (4.32-37). It was impressive and challenges our attachment to possessions today. But it seems that their willingness to practice “radical sharing” was the result of an even more impressive trait. unity (4.32). Imagine what the church could do today if they were “one in heart and mind.”

CHALLENGE
A FRACTURED CHURCH RESULTS IN A FRUITLESS WITNESS
Posted by Unknown at 17:16