The E100 Bible Reading Challenge: The Story of Joseph: The Brothers Return (14) 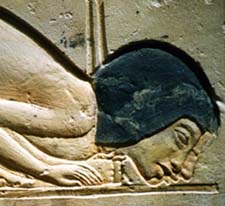 KEY THOUGHT
Anger may be justified, but uncontrolled it can lead to sin.

OVERVIEW
Overview Joseph dealt with his anger by buying some time to process. Some hurts are so deep they take time and gradual pressure from God to get them out in the open. But the main reason Joseph didn’t blow his brothers away is that he loved them. That’s why lashing out is the worst thing you can do when you’re angry. Joseph wisely finds a
private place to weep (43.30). Honest grieving is an essential step in healing.